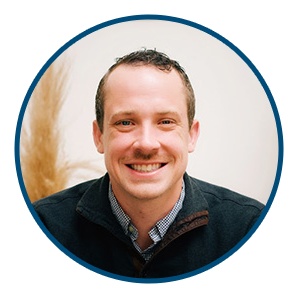 Justin Pierce is an avid space and aviation enthusiast. Justin is passionate about the future of space and is an active participant in efforts to make space more accessible to everyone. His vision for the future is fueled by the technologies that he could only dream of when he was a young boy watching the shuttle launch into space. Justin grew up in small-town Iowa, where they had to make their own fun. This allowed him to dream about his future in aerospace as much as he could in the limited amount of resources provided. He genuinely hopes to be able to inspire the youth of today towards a passion for space by enabling access to programs and opportunities that he wishes he was able to attain in his youth.

Justin currently leads the New Entrant Certification Team and is a Spaceport of the Future Project Lead for the United States Space Force at Vandenberg Space Force Base. He and his team assist space launch companies in their pursuit to launch from the Western Range with certification and mission assurance efforts. Justin’s team also fosters future launch and mission capabilities for the United States by facilitating the development of the innovative vision that Spaceport of the Future holds. Prior to working for the Space Force, Justin was involved in a number of flight test engineering operations while he worked for Boeing and General Atomics. He holds an Air Force Test Director qualification and tested a number of aerospace solutions used today. Justin has supported more than 100 flight test missions on a multitude of aircraft and rocket systems.

In Justin’s free time, he enjoys adventuring with his wife and their two golden retrievers. He also can be found researching the latest in space news late at night, running long distances, 3D printing gadgets and gizmos, playing guitar on his Church’s worship band, or practicing his photography while traveling the world.