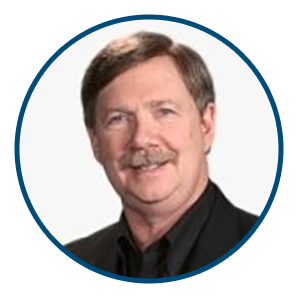 John L. Barry, Maj Gen, USAF (Ret) is the President and CEO of the Wings Over the Rockies Air & Space Museum (WOTR), located in Denver, Colorado. WOTR is Colorado’s Official Air and Space Museum with two locations and in 2018, WOTR was recognized by CNN as one of the top 20 Aviation Museums in the World.

Mr. Barry served as President and CEO of the Boys and Girls Clubs of Metro Denver (BGCMD) from 2014-2016. He was responsible for 17 standalone and school-based sites serving 2,000 kids each day with 10,000 registered members, 225 full and part-time staff, and a $16 million annual budget.

General Barry served as Superintendent of Aurora Public Schools for seven years, from 2006-2013. Before returning to Colorado, he served in the United States Air Force for over 30 years as a combat veteran with 270 hours of combat time, fighter pilot, Fighter Weapons School Graduate (USAF “Top Gun” School), winning team member at the international Air-to-Air William Tell Competition, Military Assistant to the Secretary of Defense, and commander multiple times at the squadron, twice at the group command level and twice at the wing command level. He is also a survivor of the 9/11 attack on the Pentagon while serving as the lead Strategic Planner for the USAF. He retired in 2004 as a “Two Star”, Major General, and served his last tour on active duty as Board Member and Executive Director for the Space Shuttle Columbia Accident Investigation.

Mr. Barry is a 1973 Honor Graduate of the United States Air Force Academy, with a double major in International Affairs and Political Science and a Distiguished Graduate of USAF Pilot Training. He received his Masters in Public Administration from Oklahoma University, was a White House Fellow in 1986-1987, attended the Kennedy School of Government at Harvard on a fellowship in 1993-1994, and is a 2004 graduate of the Broad Superintendent Academy.