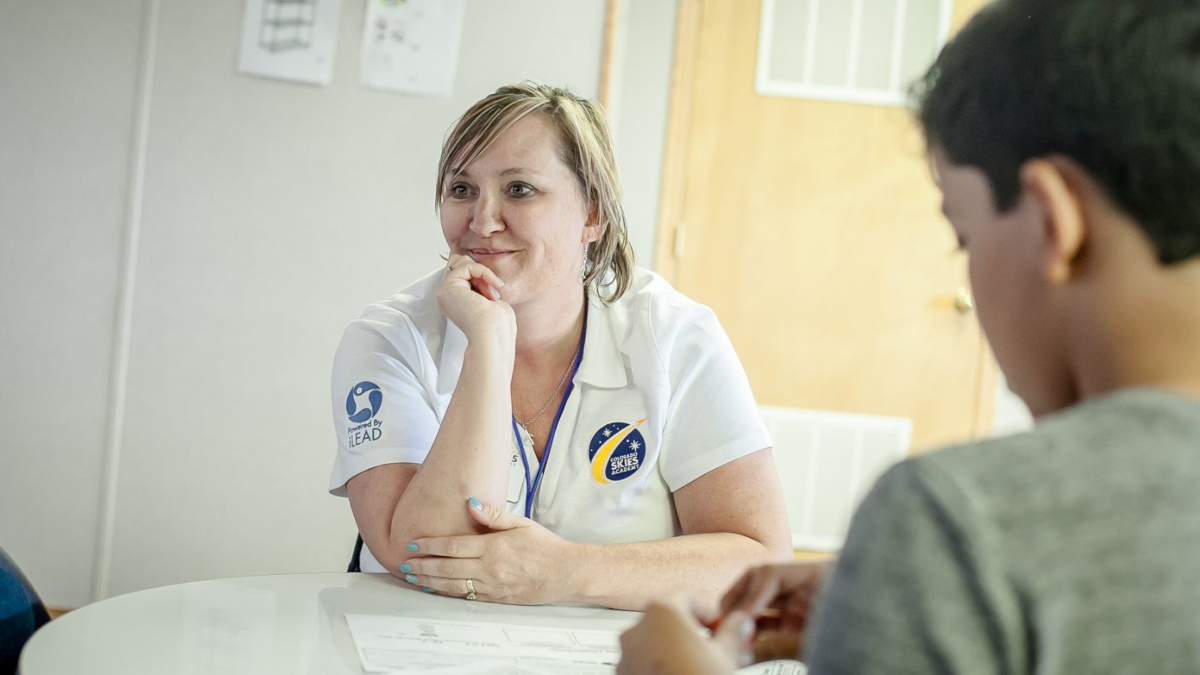 A couple of years ago, veteran K-8 educator Holly Pierce was thinking about leaving the profession. Fast-forward to today, and not only has Pierce not left teaching, but she has been invigorated at new levels.

Pierce was fortunate enough to connect with Colorado SKIES Academy, an aerospace-focused middle school located on the grounds of Centennial Airport in Englewood, Colorado. Pierce was hired to coordinate the new school’s Exploratorium and create their SmartLab. Although her plans started small, the program has expanded under Pierce’s guidance and creative use of crowdfunding. According to Pierce, the program has grown from learners working with journals, setting SMART goals and doing a handful of hands-on activities to now working in a lab incorporating 3D printers, coding, robotics, Photoshop and so much more.

Pierce has become a master of the art of crowdfunding. She started a DonorsChoose site, a crowdfunding site focused on supporting educators and classrooms. Although Pierce’s fundraising efforts began with local community donors, they have grown to help raise over $75,000 during her first two years at CSA. These funds have supported the needs of CSA’s SmartLab and Exploratorium but also school-wide needs, such as more PE equipment.

“Like all good things, it started small,” Pierce said. “But then it took off when we began to connect with other DonorsChoose groups on Facebook and Twitter.”

Pierce came to this work with previous crowdfunding experience, having hosted a giving page where she helped raise $150,000 for other causes. She thinks crowdfunding is a smart approach for all educators to pursue.

“I’m really interested in supporting other educators who want to learn how to meet their program needs through crowdfunding,” Pierce said.

Pierce is committed to this effort and plans to host professional learning opportunities about crowdfunding for educators. To demonstrate her dedication in this area, she refers others to this this DonorsChoose link. She said when someone signs up through her, she makes an initial donation to their project.

To conclude this school year, Pierce knew she wanted to offer a project that featured a high level of learner voice and choice.

“I wanted to empower our 8th graders, since it was their last year at CSA,” Pierce said. “I was hoping to create something like a legacy experience for them.”

Through her working relationship with SmartLab, Pierce discovered the perfect opportunity. She would give a group of learners the chance to participate in the First Annual SmartLab Multimedia Contest. Learners would volunteer to compete for cash prizes by addressing the following driving question: “What makes your SmartLab unique?”

“The learners wanted to get to work on this project immediately,” Pierce said. “They started coming in during study hall, recess and anytime they could.”

In addition to the final video submission, the team of 8th graders had to also define their own roles, complete all their own paperwork and organize on their own.

“This was the ultimate learner-led project,” Pierce said. “They accepted the challenge and went to work.”

Each week, up to 10 learners would touch base with Pierce to tell her about their progress and to access equipment. However, the learners took the lead on their learning and even assessed themselves based on the contest rubric.

“I didn’t tell them what to do,” Pierce said. “They had to learn to ask questions, how to use iMovie and the GoPros and make their own decisions.”

Pierce is extremely proud of these 8th graders for stepping up and showing what an engaged and motivated group of learners can do with very little adult support.

“They were engaged and had an authentic goal,” Pierce said. “They weren’t motivated by winning but were excited about the challenge and telling the story of their school.”

Though CSA’s team did not win the top prizes in the contest, Pierce said, “These learners are all winners to me. I’m so proud of the learning they experienced through this process as well as the leadership qualities that were exhibited.”

Meanwhile, Pierce, the consummate crowdfunder, invites readers to see her learners’ other DonorsChoose projects and to check out her classroom Amazon Wish List.

As she prepared to launch her much-deserved summer break, she reflected upon these last two years.

“My learners have learned so much, and I have learned right along with them,” she said. “That’s how it’s really supposed to work.”

Colorado SKIES Academy is a free public charter school authorized by the Cherry Creek School District, open to students throughout the Arapahoe County and Douglas County areas. This STEAM middle school serving grades 6-8 is located at Centennial Airport next to Wings Over the Rockies Exploration of Flight.