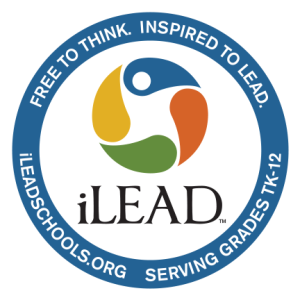 With a focus on project-based learning, the iLEAD model embodies five key pillars:

In 2008, Amber Raskin was looking for something different. Nine years earlier, she had left a job as a Hollywood television producer to raise her children in the Santa Clarita Valley, lured to the suburb north of Los Angeles by its reputation for high-performing schools. But after a few years, she realized her children were craving a more authentic, unique experience. She began homeschooling them, and they quickly flourished in a more organic environment. But she still wanted more.

Amber observed that the traditional school system was not preparing children for the 21st century workplace, and she wanted her children to have unique opportunities to flourish academically, socially, and emotionally. Amber had traveled the world, often with kids in tow, and was working hard to bring an international perspective to her family. She decided to create a charter school that would value the whole child and prepare learners to be critical thinkers, problem solvers, and well-adapted global citizens who ultimately grow into self-sufficient entrepreneurs and leader.

SCVi opened in 2008, and since then iLEAD has successfully launched several other school sites in California, the Midwest, and Kaua’i. The iLEAD approach enables families and educators the flexibility to collaborate and work together to create viable solutions in all kinds of education, ranging from full independent study to full classroom-based options, and everything in between.